Maybe you have heard about her, maybe you even know she’s located next to the land of Bollywood and that is about it. Or maybe you’re entirely clueless about her existence. Well that is about to change. Presenting to you: Bangladesh, the land of green embedded with lusciously divine landscapes, graced with the presence of the world’s largest beach, Cox’s bazaar and the world’s largest Mangrove forest, The Sundarbans, where you might just catch a glimpse of the breathtakingly beautiful Royal Bengal Tiger. These are among the many natural assets that make up the country‘s charm and it’s a reason among many others that earned her the title ‘Amar Shonar Bangla’ meaning ‘My golden Bangla’.

Where was Bangladesh a few decennia ago?

Not so long ago, the People’s Republic of Bangladesh, the land of the Bengali speaking did not exist. Formerly known as East-Pakistan, Bangladesh realised her independency in 1971, through the liberation war resulting in the eternal martyrdom and the annual remembrance of many brave young women and men that is performed religiously throughout the country. Bangladesh is also home to the protestors of the movement to have fought for the right to practise their mother tongue, Bangla. The International Mother language day on the 21st of February attributes to the pride of the movement and its victory. Long before, the area that is now Bangladesh was part of Bengal, a region of the Bengali speaking in the Indian subcontinent. Not even a half-century old, she is still very much a youngling compared to the more mature and older countries in the region. Although founded on secular beliefs, this is a country predominantly populated with people identifying themselves as Muslim. As a Bangladeshi, that is a person originating from the land of Bangla, I quite often get glances of surprise when I introduce myself as a person of faith, as a Muslim.

Islam is omnipresent in this humble little country. Placed right at the beginning of South-East Asia, bordering with Myanmar, India and the Bay of Bengal (the largest Bay in the world), the region has been the host of many different kinds of visitors, oppressors and explorers throughout the centuries. Islam was introduced in Bengal in the 13th century. This came about by its active propagation in the Indian Subcontinent through many Sufi saints.

To name one of the many, the Sufi mystic Hazrat Shah Jalal was a very prominent figure in the timeline of the propagation of Islam in Hindustan and Bengal. He was a man who had dedicated his life to praying in solitary confinement, living as an ascetic and being a medium to spread his beloved faith. His parents were descendants of the Quraysh tribe in Mecca, one day he set out to realise his goals and reached Sylhet, a city that has been host to many Sufis and is now home to many Sufi shrines. 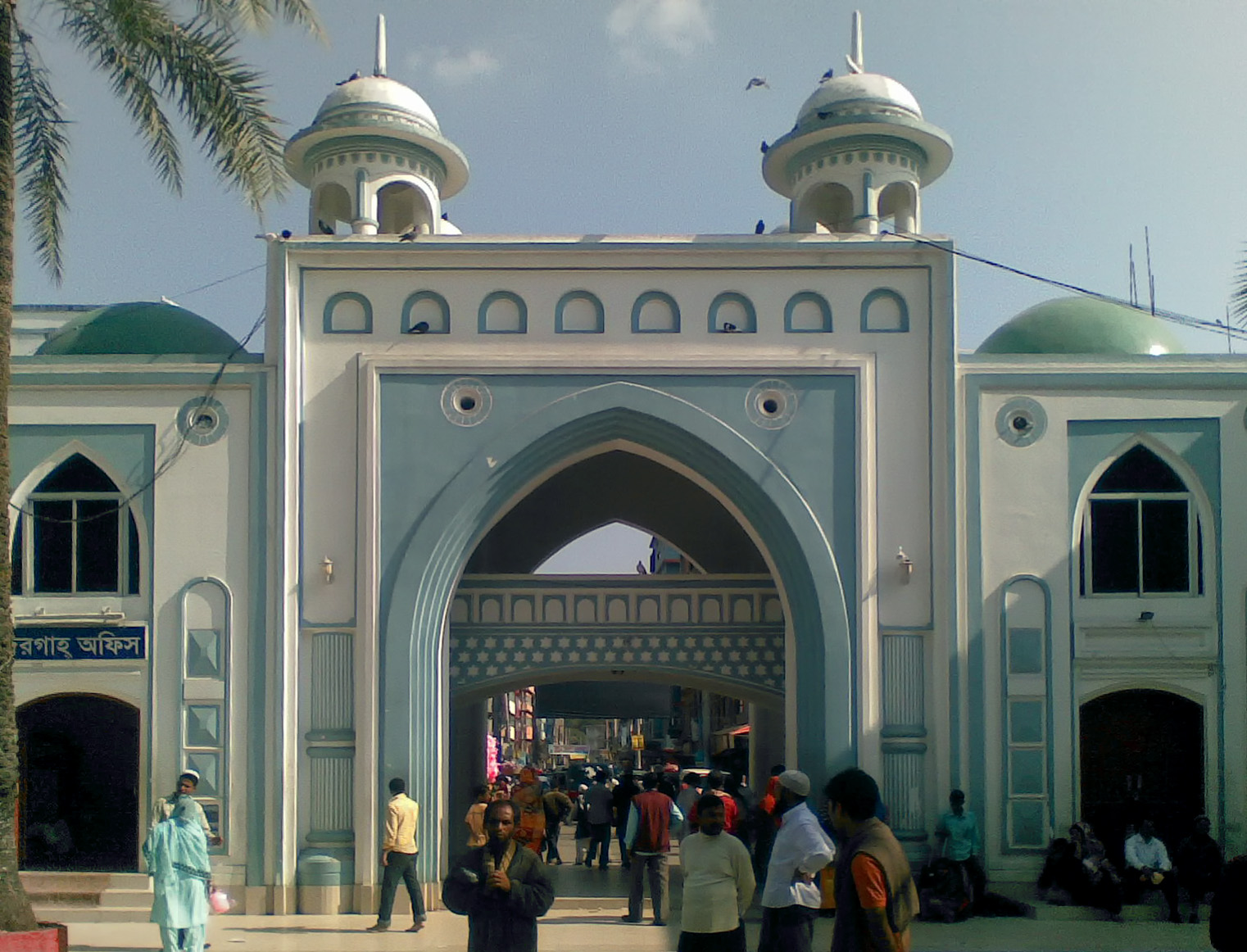 Hazrat Shah Jalal’s shrine is a famous one. Not a day goes by without it being visited by large crowds of locals and people from all over the country. The Hazrat Shah Jalal International airport in Dhaka, the capital city of Bangladesh and Shah Jalal University of Science and Technology in Sylhet are two very important entities named after him. This is a reflection of the historical importance he holds in the country. His nephew Shah Paran accompanied him also and similarly played a significant role in establishing Islam in Bengal.

Why Muslim is not synonymous to Arab

Bangladesh is home to the 4th largest Muslim population in the world with a staggering number of approximately 150 million people. The Muslim population within itself shows a great variety. Though Sunni Muslims are the majority, there are also Muslims of the Shia and Ahmadiya branches. It is also home to many other faith minorities such as Christians, Hindus, Buddhists and Sikhs. Although the majority of around 90% is Muslim, it is evident that diversity is not lacking from the landscape. The general culture that is strived for it to be respectful and take pride in the diversity in creed that is available and is adding to the colourful and ambitiously tolerant Bengali culture. The sight of friendly partaking in other’s religious festivals is not so rare either.

A phenomenon that establishes the presence of Islam in Bangladesh undeniably. Bissho Ijtema. It stands for ‘World Congregation’. The second largest Muslim congregation worldwide welcomes a few million Shia Muslims every year to take part in it. They travel to the town Tongi from over 150 countries around the world to attend this event in the search of Islamic spirituality and purification. By the Turag river, they settle down and start the three-day journey that is designed for the participants to submerse themselves in the Quran and find its true meaning.

Another aspect of a country that is reflective of its past, present and the near future, the art and architecture that portray beautifully the influences they have, major or minor, on the residing societies. You do not have to turn your gaze too far to spot a mosque. A vast number of them are found to be adorning the grounds of Bangladesh. One of them is the famous Baytul Mukarrum. It is the national mosque of Bangladesh and happens to be the 10th largest mosque in the world, capable of accommodating more than thirty thousand people. In the mosaic pieced together by all the things beautiful, you cannot look past the pieces that represent the Islam in Bangladesh.

A few pieces of the seemingly endless repertoire of history that testifies to the fact that Islam and the flavours of Islam are present in abundance and share a deep and long-standing relation with the people and the country that is so shyly tucked away in between its grander and more well-known neighbours. Indeed Islam is present. It is residing in the hearts of so many Bangladeshis.

Farhana Nitol, a 22 year old Bangladeshi by birth and raised in Belgium, is a medical student at the University of Antwerp hoping to soon become a doctor. Other than the afore-mentioned career path, practically anything and everything interests her ranging from world politics to cooking. A little bit of an optimistic dreamer, she hopes to lighten up spheres around her by using some good old sense of humour.