Shaquille is a retired American professional basketball player and never shied away from speaking up about his religious beliefs. He was raised by a Baptist mother and a Muslim stepfather. He plans on traveling to Makkah for Hajj. 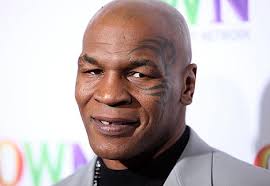 Mike Tyson is an American former professional boxer. In 1992, Tyson was convicted of rape. During his three years in prison, he converted to Islam. He has made a trip to Makkah for the annual pilgrimage, Hajj. He also married the daughter of a Muslim cleric.

Born Ferdinand Lewis Alcindor Jr, Kareem is a retired professional basketball player and was introduced to Islam as a freshman at UCLA. He was inspired by Malcolm X and has said that Islam helped him find his true self and gave him the strength not only to face hostility from both blacks and whites but also to fight for social justice.

Zayn Malik has been trolled and shamed online with anti-Muslim slurs, but he has proudly embraced his Pakistani culture and Islamic heritage and has emerged shining against his haters.

Ellen Burstyn is an American actress. Her spiritual journey started with Sufi Islam and she calls herself ‘…a spirit opening to the truth…’

Formerly Jemima Goldsmith, Jemima Khan converted to Islam a few months before her marriage to Pakistani cricketer Imran Khan. “What began as intellectual curiosity slowly ripened into a dawning realization of the universal and eternal truth that is Islam,” she says. She cites the writings of Muhammad Asad, Charles le Gai Eaton, and Alija Izetbegović as her influences.

This internet entrepreneur of Bangladeshi and German descent is one of the co-founders of YouTube. He uploaded the first video on YouTube, and many of its core components have been designed by him.

Huma Abedin is a political staffer and long-time aid to Hillary Clinton. She took aim at Donald Trump’s proposal to ban Muslims from entering the United States in an email with the subject line: “I’m a proud Muslim.”

Rapper Ice Cube converted to Islam in the early 1990s and takes a personal approach to his religion, stating that his spirituality is between God and himself.

Born Cassius Clay in a Baptist household, this former boxer converted to Islam in 1964. He has been vocal in his stand against Donald Trump’s decision to ban Muslims from entering the U.S.A. and has also lashed out against Muslim extremists saying “Islam is a religion of peace. Islam does not promote terrorism or the killing of people…If the culprits are Muslim, they have twisted the teachings of Islam.”

Malcolm X was born Malcolm Little. The story of his life, his conversion to the Nation of Islam and his activities as a human rights advocate, in the book ‘Autobiography of Malcolm X’, still inspires many. A frontrunner for African-American rights, Malcolm X, later known as El-Hajj Mail El-Shabazz, embraced Islam when he was in prison for larceny and breaking and entering, and has said “I am and always will be a Muslim. My religion is Islam. I am not a racist in any form whatsoever. I don’t believe in any form of discrimination or segregation.”

Hashim Amla is a South African cricketer and it is hard to miss him on ground with that beard. Born to a South African Muslim Ansari family which has its roots in Surat region of Gujarat, India, Amla is a devout Muslim. He has said: “I love it when guys ask me about Islam or my beard. To share knowledge is a duty.” He has also spoken about his beard being, not purely a tribute to Islam, but to all faiths stemming from Ibrahim/Abraham.

Amal Clooney is a barrister specializing in international law and human rights; she has Lebanese roots and is a Sunni-Muslim. She slammed Donald Trump’s rhetoric to ban Muslims in the United States by saying “If you actually look at what he specifically says in that now sort of infamous speech about Muslims he kept saying, ‘They only want jihad, they don’t believe in our way of life, they don’t respect our system,’ When he says ‘they’… People, I think, should’ve been saying, ‘Do you mean the 1.5 billion people around the world who fit that description? Do you mean the people who are U.S. citizens, who are members of your military, who are — the vast majority of whom are not extremists or violent in any way?”

This article  is written by Anam Shaikh

In the mixed society we live today, we went looking for the ideal platform for Muslims. And of course, we didn’t find it. So we made one ourselves.